Horizon scanning is one of those things that, for a mix of reasons – temperament, capability, resources etc – can mean something different to different people. Almost whatever sort of horizon scanning you do, Brexit has potential to expose its limitations.

Firms and regulators all have an interest in doing horizon scanning better, and in understanding each other's approach. Here are five ideas that might help:

1. It’s a broad universe: It’s always worth clarifying what sort of horizon scanning you’re talking about. Here are the main definitions I’ve come across - not comprehensive, and sometimes there’s a combination, or a blurring of lines between one or more:

2. There aren’t many black swans: As well as a statement of the obvious, it’s also true that horizon scanning rarely considers the possibility of the genuinely unexpected. The Brexit referendum and Trump’s election victory both fell into this box for many. So, now, does their reversal, with both having been largely normalised

3. Aggregation is difficult: This affects virtually everyone, and is another of the main reasons why discussions about horizon scanning are frequently at cross purposes. Attempts to look at the cumulative effect of future regulation are uncommon, with many find it hard to get their arms around each the scheduled new regulations individually. Anything further therefore, tends to be a step too far.

4. Politics, economics and regulation are usually kept separate: Sometimes, organisations do only one of these, and rarely do they look at them in the context of each other.  This is partly influenced by the band width of the organisation but also by the fact the analysis is often done by different areas. Brexit arguably makes such a separation all but untenable.

5. The length of horizon often differs: This applies within as well as between organisations. A core reason is that official due dates are taken as a given until and if they change. On the regulatory side, this has limited cost – being ready a year early because the implementation date gets pushed back is rarely a problem. But the uncertainty around Brexit dates, also an issue in itself, also casts additional doubt over a range of other schedules.

The uncertainties of Brexit, both the inherent ones and those stemming from how it is playing out, are making horizon scanning increasingly complex. And political risk elsewhere is also rising. Factoring the impact of any of this into your organisation’s business model can quickly become self-defeating and, as a friend pointed out recently, there is real danger in creating a pseudo-science to connect everything up. And properly recognising what you don’t know is valuable in itself.

Nevertheless, in an environment where uncertainty seems increasingly normal, organisations, and their Boards and senior management, will need to spend more time and effort on understanding what is likely to be coming down the track and the dependencies between them.

Building a common language and level of understanding around what is involved in horizon scanning  would help firms and regulators alike.

Britain is nearing the final straight of Brexit. At 11pm local time on March 29 2019, the UK is scheduled to leave the bloc. But still to be decided is what precisely will happen on Brexit day, what kind of deal, if any, Britain will leave with, and the final destination of the negotiations. 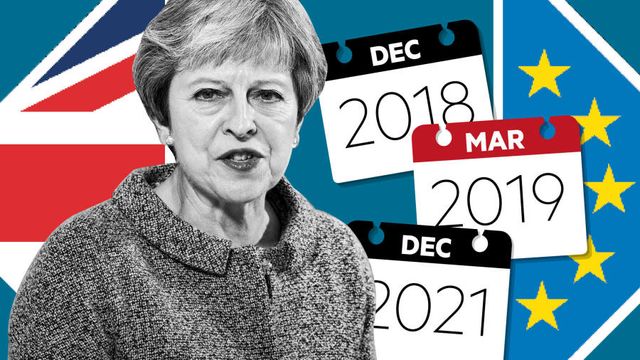 Regulatory dilemmas (1): How many questions need asking before action is justified?
Gavin Stewart