Kelloggs, makers of "chocolately" cereal Coco Pops, has expressed disappointment with the Advertising Standards Authority's decision to uphold a complaint against an ad for their Coco Pops Granola product.

The Decision is one of a number applying new rules prohibiting the advertising of products which are high in fat, salt or sugar (HFSS products) to children.

However the ad in question, which appeared on television during a children's cartoon, was for a granola product which was not an HFSS product. Nevertheless, the ASA said that because the Coco Pops branding was synonymous with the original Coco Pops product, the ad indirectly promoted an HFSS product.

The Decision will come as a blow to Kelloggs and to others who wish to see traditionally HFSS brands being used to introduce healthier options to children.

The ASA Council did however give consideration to guidance issued by the Committee of Advertising Practice (CAP) before the new rules came into effect. The Decision said: "The CAP guidance specifically referenced that an ad for a specific non-HFSS product that featured a brand-generated character synonymous with a specific HFSS product was unlikely to be regarded as an ad for an HFSS product. It also stated that the use of branding could be a powerful technique in promoting healthier options, but that where such techniques were synonymous with a specific HFSS product the ASA was more likely to apply HFSS product ad restrictions where reference to the non-HFSS product was incidental to the use of such techniques."

In the present case, because the TV ad was so much like those for the original Coco Pops product, the ASA has clearly had concerns that the ad was indirectly marketing the original product and not the healthier non-HFSS version.

Interestingly, the Decision indicates that Kelloggs were, at the time the ad was aired, in the process of reformulating the original Coco Pops product so that, from July 2018, it would no longer be an HFSS product. So it may be that this adverse Decision will not have lasting consequences for the marketing of Coco Pops products. It is nevertheless a reminder to brand owners whose products span a range of HFSS and non-HFSS products that the new rules present various pitfalls and that the ASA remains a tricky regulator prone to subjective assessments of ad content and consumer responses to ads.

In another Decision published this morning, the ASA said that KFC breached the HFSS rules because an ad for a Mars Krushem drink appeared on a telephone box close to a school, meaning that more than 25% of the likely audience for the ad were children under 16.

A further Decision also published today saw MacDonald's cleared of targeting children with an ad that appeared on the back of bus tickets, with evidence showing that total users of the route in question under the age of 16 did not pass that 25% threshold.

Given consumer interest in HFSS issues and the activity of various lobby groups, complaints and ASA Decisions under these new rules are likely to increase in the near future as advertisers get to grips with them.

The ASA said that, although Coco Pops Granola was not a high fat, sugar or salt product, because the Coco Pops branding was synonymous with Coco Pops original cereal and with the Coco Pops range, it concluded the ad had effectively promoted the range. 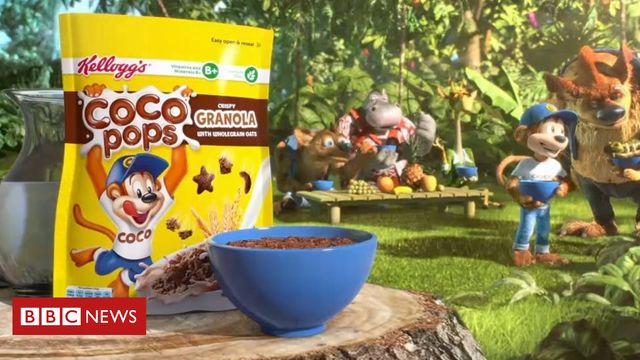 Well done @OHA_updates and @Childrensfood on successful complaints to @ASA_UK on inappropriate advertising by KFC and CocoPops https://t.co/yo2yerEZ6a Government needs to go further as part of #Chapter2 to close loopholes that let companies advertise HFSS to kids.

This is a joke!! You'd think @KelloggsUK @kfc had done something obscene.

People need to take responsibility of themselves & their children instead of blaming others. #CocoCrazy #nannieState

The @ASA_UK has cracked down on food giants KFC and Kellogg's for promoting their products to children @BBCNews https://t.co/meVpnuNG0b