The European Court of Justice has confirmed that copyright in a photograph is infringed when it is re-posted online, even if it was freely available to download from another website without technical restrictions.

The case was referred to the ECJ following an appeal from a ruling in the Hamburg regional court.

The ECJ found that that the concept of communication of a copyright work to the public, which is an exclusive right of the copyright owner under Article 3(1) of the Copyright Directive (2001/29/EC), covers situations like the one in this case. So even if the copyright owner or its exclusive licensee takes no measures to prevent internet users from downloading or creating copies of a work, it will still amount to infringement if a third party does so and reposts the work online. Reposting amounts to the communication of the work to a new public.

It might seem an obvious enough point, but the clarification was necessary bearing in mind the ECJ's ruling in Svensson v Retriever Sverige (Case C-466/12)  a few years ago.

In Svensson, the ECJ held that merely providing hyperlinks to copyright content that was freely available without restriction (in that case, news articles which were not behind a paywall) did not amount to communication to a new public.

There is some dissonance between the ECJ's treatment of the concept of a "new public" in the two cases. In the Svensson case there was no communication to a new public because any member of the public could have accessed the original work freely whether through the defendant's hyperlink or via another route (i.e. no-one can access the work via the hyperlink who could not have accessed it before regardless). But in the present case there was communication to a new public, despite the same being true. So the two rulings sit uncomfortably together to that extent.

Part of the court's reason for distinguishing the present case was that hyperlinking to content that was freely available on the internet with the copyright owner's consent (as in Svensson) did not interfere with the owners exclusive rights under Article 3(1) because the copyright owner could always remove their work from its original location, making all hyperlinks to it redundant. However the act of re-posting a copyright work on another website makes it a lot more difficult for the copyright owner to stop and prevent further communication of the work. There were also policy factors in play in Svensson, because the internet doesn't work without hyperlinks.

While the ruling seems an obvious outcome to most lawyers, there will no doubt be many members of the public who would express some surprise. Most IP lawyers will have come across individuals or businesses who seem to believe that because they can download an image from the internet that it is somehow in the "public domain" and therefore free of copyright. It just seems a shame that the clarification had to come at the expense of a school being sued over a child's school project. That said, if the brief publicity around this case helps to educate the public, schools and the next generation of internet users, then that is probably no bad thing.

The ECJ ruling focused on whether including the image on the school's website constituted sharing it with a "new public". It said Mr Renckhoff had only granted permission to users of the travel website to see his photograph. The court also said that using hyperlinks to direct users back to the original image on the travel site would have been permissible. 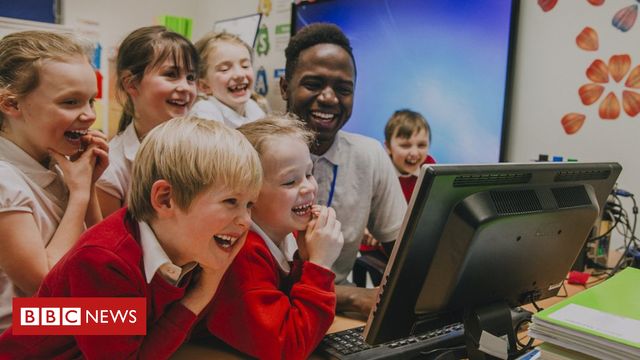 Education on appreciation of ownership and copyright could start in the classroom. Discuss.

A warning to us all - German school sued in photo copyright row https://t.co/6txJT5ogYw

Is including a copied image in a pupil's project put up on a school website sharing it with a "new public"? CJEU ruled yes, the school needed the photographer's permission, but also said linking back to the image on the original site was permissible. https://t.co/AC9PaRlTlb

Turns out you can't just copy other people's photos you find on the internet. Who knew copyright existed? https://t.co/XpGKI8h8Cg pic.twitter.com/WEWc18tHYa