Chef James Cochran, formerly of restaurant James Cochran EC3, has become the latest celebrity creative to have to drop their own name as a brand after leaving the business that helped establish their reputation.

It is a recurring issue, with notable court cases in the designer world in particular. Both Karen Millen and Elizabeth Emanual (famously the designer of Princess Diana's wedding dress) lost court cases and the right to use their own names as trading names after selling the original businesses. (Millen v Karen Millen Fashions Ltd & Anor [2016] EWHC 2104 and Case C-259/04, Elizabeth Florence Emanuel v Continental Shelf 128 Ltd [2006] ETMR 56.)

Even mere lawyers are not immune. Last year a former partner in a law firm unsuccessfully sued her former firm for passing off in relation to the firm's continued use of her name as part of a trading name for a service line which she helped to build up. (Bhayani and another v Taylor Bracewell LLP [2016] EWHC 3360 (IPEC), 22 December 2016.)

In the present case, Chef James Cochran has parted company with his former employer, the restaurant, which owns a registered trade mark for his name. There has been some mudslinging and typical misreporting ("copyright" and "trade mark" being used interchangeably, as journalists often do) so it is difficult to get the full measure of the matter.

In reality, the validity the restaurant's trade mark registration, and the chef's ability to trade under his own name will likely come down to the terms of any contract between them and whether or not the chef had accrued any goodwill as a well-regarded chef in his own right before their relationship.

He would of course be able to trade under his own name as a sole trader, availing himself of the statutory "own name defence". But that defence will soon not apply to any company he sets up to trade. In 2015 the defence was removed for corporates in respect of EU trade mark proceedings and in June 2018 the UKIPO confirmed plans to align the Trade Marks Act 1994 accordingly.

Eater spoke with James Cochran, the chef, on the phone to seek clarity on the fall-out. The chef said that he left the EC3 restaurant in April, at Easter time, when he discovered that the restaurant had “trademarked my name and my brand without telling me.” The restaurant, of course, denies that Cochran, the chef, has any ownership of the brand, despite it being his name. Cochran claims that the owners trademarked his name — and a number of variations of it, including Ja Cochran and J Cochran — in 2017. The new website states that the “venue”, less the chef, has been “Offering James Cochran® dishes since 2016.” “I can’t do anything [with my own name],” Cochran told Eater. 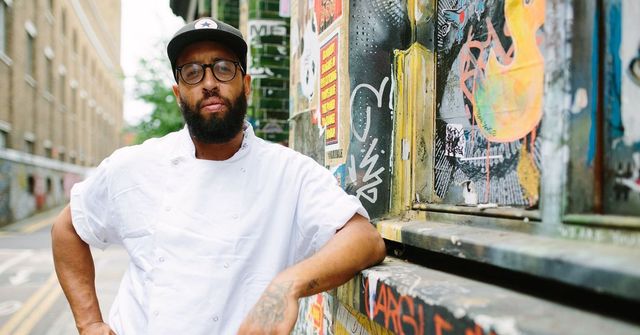 Now that Jay Rayner is involved I think it already is a PR disaster for them. I for one will never use a company who behaves so unethically and neither would anyone I know either.

Here's an interesting situation. The East London restaurant tweeting below trademarked the name of their head chef, James Cochran. He has now left to set up a new business but they are continuing to use his name, meaning he can't. https://t.co/nKoovpNybE