Another Wednesday, another batch of decisions from the ASA Council.

This week's headline-grabber is a ruling against several memes posted by the Facebook page of the Scottish Gin Society.

The memes were typical social media fare; an image with a humorous caption, such as this variation on the well-known "Be like Bill" meme: “THIS IS BILL. BILL LIKES GIN. BILL HAS CHOSEN TO FOLLOW GINUARY, NOT DRY JANUARY. BILL KNOWS JANUARY IS A LONG MONTH. BILL IS SMART. BE LIKE BILL.”

Details of each of the memes can be read in the ASA Decision here.

While the SGS removed the posts they argued that the memes were not actually ads, being largely third party content reshared by a not-for-profit organisation which did not sell gin.

The ruling is a reminder that:

The gin society had argued its Facebook posts did not fall within the remit of the ASA as they did not sell or promote any products or receive income from the sale of third-party products. But the authority said it considered the posts were subject to advertising rules, because they were "directly connected to the promotion of the Scottish Gin Society's membership service and the intention to sell gin, which was therefore directly connected to the supply of Scottish gin". A spokesman for SGS said: "The ASA freely admits in its judgement that these posts were light-hearted and humorous and they aren't even adverts - nor did we write them. "They were re-posts of funny memes to members by a not-for-profit organisation so shouldn't fall under the ASA's remit. 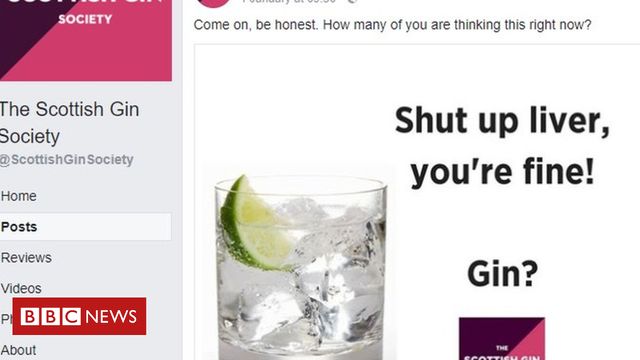 This was funny the memes were amusing nobody would have taken them seriously https://t.co/nykPRzhvI4

"The most po-faced, fun-free, nanny-state judgement imaginable... If this is justice, I'm a Long Island iced tea."https://t.co/ZgLX6F5zfR
Scot Gin Soc falls foul of advertising rules. Says it was merely repeating memes, so rules shouldn't apply.
See what you think:

Good morning - many of you will have read news stories reporting the ASA ruling today. If you're interested, please take the time to read our statement setting out our response to this. https://t.co/ezqnvJ8ksA