Last year it was reported that UK border forces seized counterfeit poppy merchandise worth around £150,000 in a single operation.

Poppy merchandise appears to be an increasingly valuable revenue stream for RBL. In recent years not only are the traditional paper poppies available, but a host of official merchandise from cufflinks and jewellery to bird feeders, teas towels, scarves and other clothing.

RBL are taking protection of their IP seriously. In January this year they added to their existing portfolio of registered trade marks by filing for a simple poppy device trade mark specifying not only services related to their charitable objects, but a range of goods in typical merchandise classes (see image below). It is likely that RBL or their licensees would also enjoy design rights and/or copyright in various of the goods typically marketed. 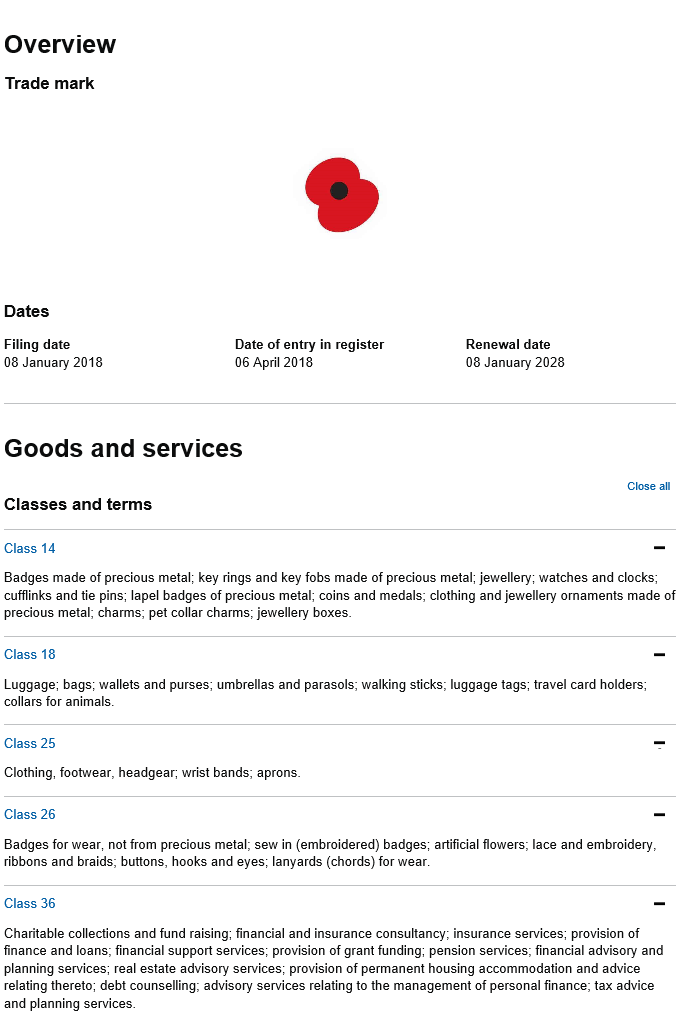 But owning the right is only half the battle. RBL and the IPO are urging the UK public to be careful to ensure that any merchandise purchased is genuine, and to report fake poppy merchandise (see guidance highlighted below). 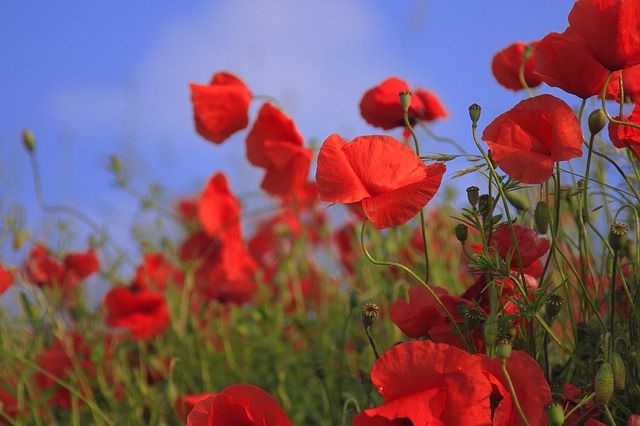