Does your business take data from European counterparts? Time may be running out to put in place alternative arrangements for those data transfers as the prospect of a "no deal" Brexit looms larger.

In their report “Response to the vote on the Withdrawal Agreement and Political Declaration: Assessing the Options” published on 28th January 2019, Parliament’s Exiting the EU committee expressed concern about the failure properly to prepare for a no deal Brexit at both a governmental and a business level. One of their areas of focus was data protection.

Under a no deal Brexit the UK will instantly become a third country for data protection purposes. In the absence of an adequacy decision from the EU Commission (which is not provided for in their no deal contingency planing) or a separate bilateral agreement (such as the Privacy Shield arrangement between the US and the EU) this means that one of a number of alternative mechanisms for data transfers must be adopted. All of these are problematic.

Some companies with EU group companies may already have a set of Binding Corporate Rules in place, providing a standardised framework for data transfers. Putting those in place at this stage, though, would be both costly and time-consuming.

Other businesses might choose to contract on the EU Commission’s model contractual terms for data protection. These terms, while not unduly onerous, are extremely inflexible. The contract between the parties may include additional provisions specific to their engagement, but the model clauses themselves cannot be modified or deleted.

Without adopting one of these solutions, though, companies will be left in the unsatisfactory position of asking counterparts to effect data transfers on a case by case assessment of compliance, with the risk on the transferring entity. This will seldom be attractive to the counterpart.

As the committee say in their report, these “alternatives are cumbersome, time consuming and would place a bureaucratic burden on individual businesses.” But, as they go on to say: “In the event of a no deal Brexit, with no arrangement on data in place, those wishing to transfer personal data between the EU and the UK would have to explore such alternatives.”

Michel Barnier, the EU’s chief Brexit negotiator, also told the parliament today the backstop would not be changed. The backstop is part and parcel of the Withdrawal Agreement and this agreement will not be renegotiated,” he said. And he hit out at British critics of the deal negotiated between the UK and EU. “It is tough, I find it hard to accept this blame game they are trying to play against us,” he said. Speaking about the vote in the Commons, Barnier added: “It is therefore urgent that we should be prepared for all scenarios and we should bring in contingency measures which are more essential than ever.” 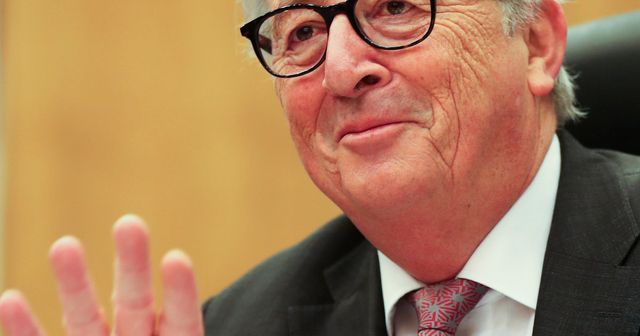 Barclays is to move £170bn to Dublin because it "cannot wait any longer" to implement its Brexit contingency plan. The High Court approved the transfer of assets, linked to about 5,000 clients......... https://t.co/LqHx6kOx8O

With the threat of the UK crashing out of the EU, Greencore chief executive Patrick Coveney has urged food and drink manufacturers to act on no-deal Brexit scenario contingency plans https://t.co/yrOuPB6WxL