“Any Scotch will do, as long as it's not a blend, of course. Single malt, Glen Livet, Glen Galley, perhaps, any Glen.” So says Jon Favreau’s character in the 1996 movie Swingers, in a bid to impress while carousing in a Las Vegas casino.

But is any Glen synonymous with Scotch? This question arose in relation to a German whiskey called ‘Glen Buchenbach’, apparently named after the town in which the distillery is located, known as ‘Berglen’.

The Scottish Whisky Association brought proceedings in Germany on the basis that GLEN BUCHENBACH infringes the protected geographical indication ‘Scotch Whisky’. Their primary contention was that consumers automatically think of Scotch Whisky when they see GLEN BUCHENBACH.

Last year the CJEU ruled on various questions referred to it by the German court, holding that GLEN BUCHENBACH may be infringing, either as an evocation of Scotch Whisky, or as an otherwise misleading indication. A third ground of complaint was ruled out because of the dissimilarity of ‘Glen’ to ‘Scotch Whisky’. It was then for the court in Germany to take a view.

Last month the Hamburg Court found that the designation ‘Glen’ was a prohibited evocation of Scotch Whisky because the average European consumer, who is reasonably well informed and reasonably observant and circumspect, is given the impression that Glen Buchenbach is a Scotch Whisky.

It probably could have gone either way. Only 31 out of 116 Scottish distilleries that produce Scotch Whisky are named after the glen in which they are located, and while almost all whiskeys which bear the designation ‘Glen’ are Scotch Whiskys, some ‘Glens’ are not Scotch (and must now be prima facie in breach of the Geographical Indications regulation too). But the evidence was clearly enough to satisfy the court that European consumers associate 'Glen' so strongly with Scotch Whisky that something was amiss here.

Subject to appeal, it may be time for The Scottish Whisky Association to raise a glass.

Slàinte. Or should that be prost?

Alan Park, SWA director of legal affairs, said: “Our case against Glen Buchenbach presented clear and compelling evidence to the court that ‘Glen’ is strongly associated with Scotland and Scotch whisky, and the only reason to use ‘Glen’ for a German whisky is because of its undoubted association with Scotch.” 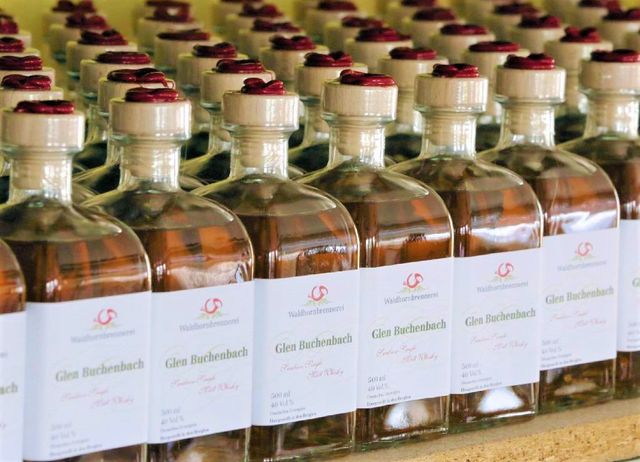