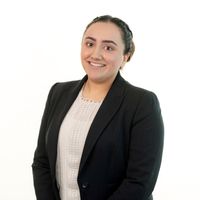 As per Regulation 12 of the Working Time Regulations 1998 (1998 Act), it is a legal requirement that employees who work more than 6 hours at a time are entitled to a rest break for a period of no less than 20 minutes. It is important to note that rest breaks can NEVER be contracted out of.

The issue of adequate rest breaks was recently highlighted by the decision of the Employment Appeal Tribunal in Grange v Abellio London Ltd. Following this decision, there is a call for employers to review their current practices regarding rest breaks during the working day.

Mr Grange was employed as a relief roadside controller, where his working day lasted eight-and-a-half hours. The half hour was unpaid and treated as a lunch break. In July 2012, Mr Grange was informed that his working day was changed to eight hours so that he would work without a break but finish half-an-hour earlier. Mr Grange raised a grievance explaining that he had not had breaks during his eight hour shift which ultimately led to his health being affected. This was rejected by Abellio London Ltd and Mr Grange subsequently brought a claim before the Employment Tribunal.

The Employment Tribunal had to determine whether Abellio London Ltd had refused Mr Grange a rest break for the purpose of Regulation 12 of the 1998 Act. Following Miles v Linkage Community Trust Ltd [2008] IRLR 602, the Employment Tribunal found that the Company’s expectation that Mr Grange would work eight hours without a break did not amount to a refusal of a request and therefore his claim was unsuccessful.

Mr Grange appealed this decision, arguing that the Tribunal had wrongly construed the Regulations by interpreting the words “refused to permit him to exercise his reg.12(1) rights” in Regulation 30 to mean that employees had to put in a request to their employers to exercise their right for a rest break. His argument was that upon proper construction of the Regulations, a refusal should be construed as a failure to allow the employee to exercise their right to a break.

Grange’s appeal was accepted by the Employment Appeal Tribunal. It was agreed that Mr Grange had been refused breaks because his employer’s working arrangements failed to allow workers to take a break.

This is an interesting decision by the Employment Appeal Tribunal as not only does it highlight the need for employers to allow their employees to take rest breaks but more importantly it should encourage employers to ensure that all employees are actually taking a break. More specific to this case, Mr Grange had a bowel-related medical condition and therefore, by not allowing him to take a rest break, he was left feeling uncomfortable whilst at work. In a case like this, not only is it unfair to deny an employee a rest break but it can also have a negative impact on their quality of work and even worse, their health. If an employee is overworked and not taking regular breaks, they are likely to be unproductive, make mistakes and in the long term possibly take sickness absence.

1. An employee does not need 2 years’ service to make a claim for a breach of Working Time Regulations.

2. An employee who is dismissed for bringing such a claim is also entitled to bring a claim for unfair dismissal (provided that they have the requisite 2 years’ service).

3. An employee cannot contract out of rest breaks as they can with working longer hours per week (the statutory maximum is 48 hours per week).

4. Where a complaint for a breach of Regulation 12 of the Working Time Regulations is well-founded, the tribunal will make a declaration to that effect and may make an award of compensation that is just and equitable in all the circumstances. This will have regard to: i) the employer’s default in refusing to permit the worker to exercise the right (Regulation 30(4)(a)) and ii) any loss sustained by the worker as a result of the breach (Regulation 30(4)(b)).

In order to avoid the possibility of such claims, organisations should:

1. ensure that an employee takes (at least) a 20 minute break for each 6 hours worked. There is no requirement for this break to be paid, nor is it required for the organisation to provide a separate space for workers to take their break;

2. include the relevant details of rest breaks in an employee’s contract of employment;

3. not make it difficult for an employee to take a break, i.e. due to a heavy workload;

4. keep a record of work/break times (many employers have a ‘clock in, clock out’ system which monitors and records both work and rest times for their employees).

If you are an employer and need further information on the Working Time Regulations or advice on other Employment Law and HR issues, please get in touch with our Stoke Employment Law Team!

Legal Privilege and the Increasing Use of DSARs
Rajvir Malhi